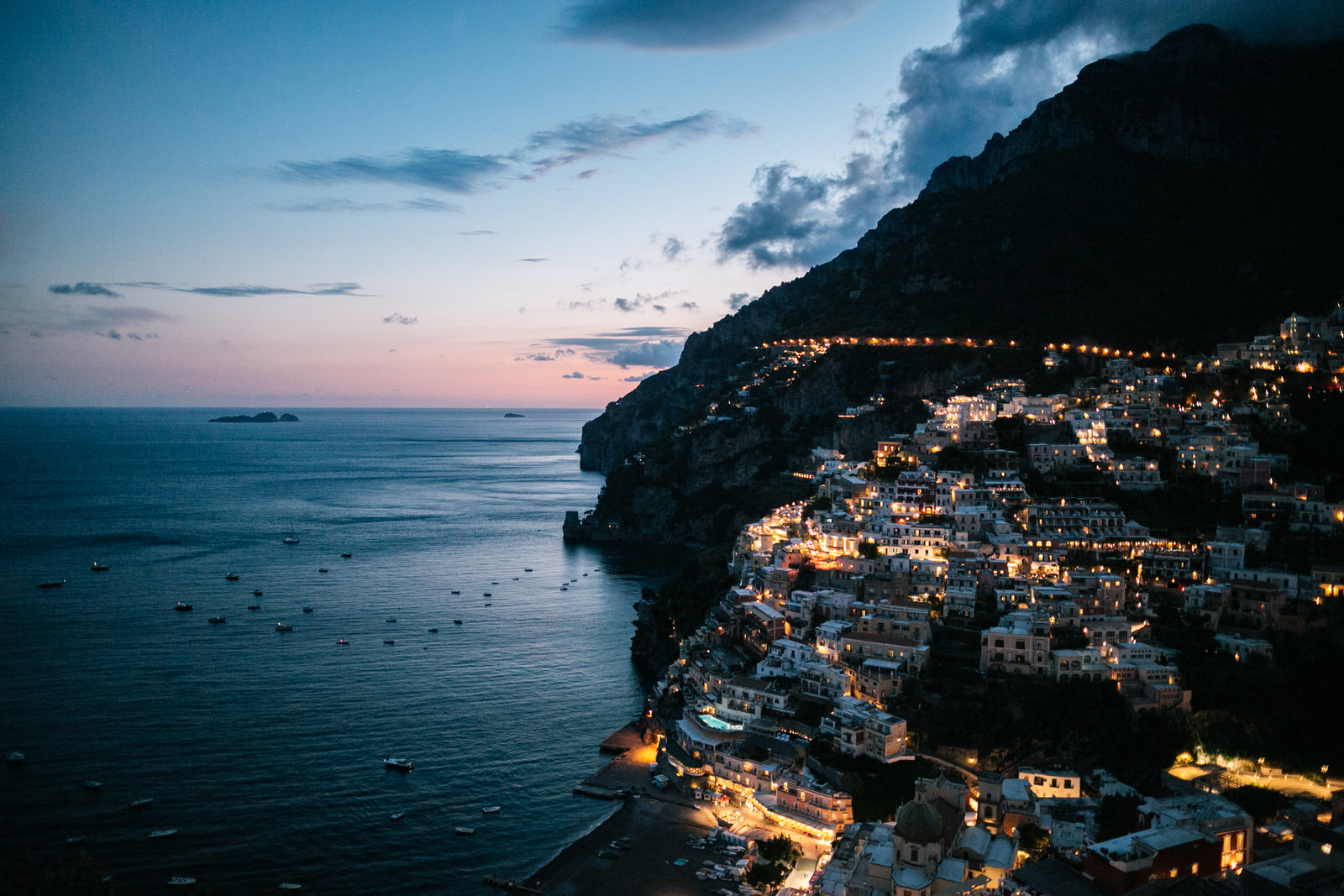 The couple’s wish to return to the Amalfi Coast’s gem as bride and groom became reality this summer, and these two shinny dancers’ Villa Oliviero wedding in Positano was prettier than a postcard.

So many stories of friendship turning into romance have been penned, some even transferred on the big screen to set our hearts aflutter. Amanda and Paul’s romance could easily be a novel of its own. What began as a partnership in a traditional Romanian dance group in their early twenties, soon blossomed into a beautiful friendship,  and a year and a half later the sheer amore vibes were in the air. It wasn’t long before Paul zipped with his beloved by the elegant Positano for a candlelit dinner at Le Sirenuse (another cinematic love-story icon) to propose, and the rest, as they say, is history. The couple’s wish to return to the Amalfi Coast’s gem as bride and groom became reality in early May, and these two shinny dancers’ Villa Oliviero wedding in Positano was prettier than a postcard. Positano’s Villa Oliviero set the scene for this special day filled with awe-inspiring touches,  immaculate vistas over sparkling azure waters, the sun leaking through its lush lemon groves and straight into the most elegant veranda with a view over the town and the oh-so-iconic majolica-tilled dome of Church of Santa Maria Assunta glistening in the morning light. Isn’t this quite the way to begin your wedding preparations? Piero Mansi and Zoe Graham curated Amanda’s bridal looks while Nello and Alice Oliviero, the villa’s family owners and event managers along with Flora Garden and their teams made everything perfect for the ceremony and reception.

Following Amanda and Paul’s vows on Villa Oliviero’s most painterly spot, it was a day filled with elegant portraits, a wisteria clad alfresco dinner for 40, and tons of party-perfect moments of people who love hard and laugh harder! When the light descended upon Positano’s velvet blue skies and strings of orange lights began to flicker in the near distance we were once again sold! And if you’re a bit of dreamer just like yours truly, then you might just as well want to repeat days like these over and again! 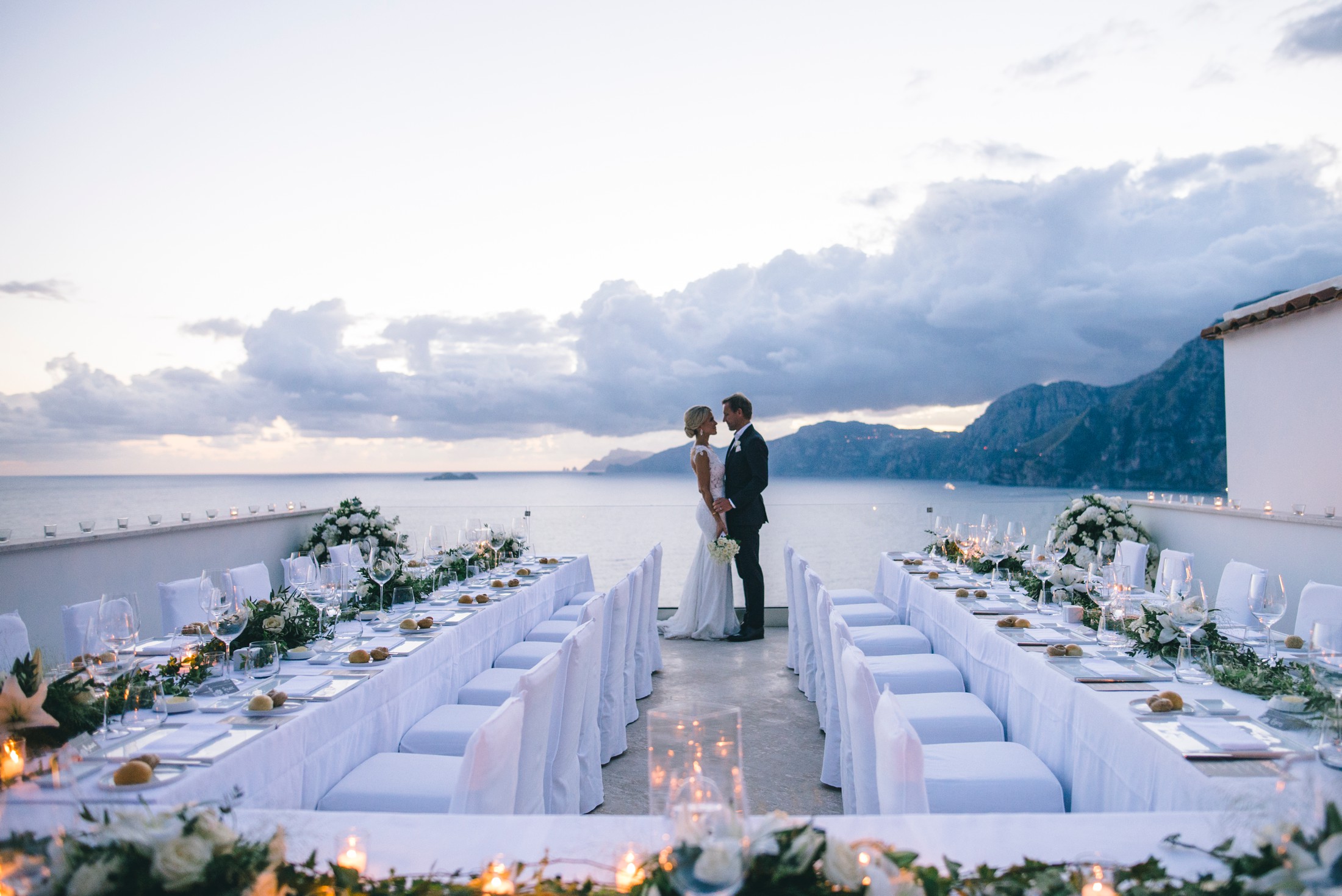 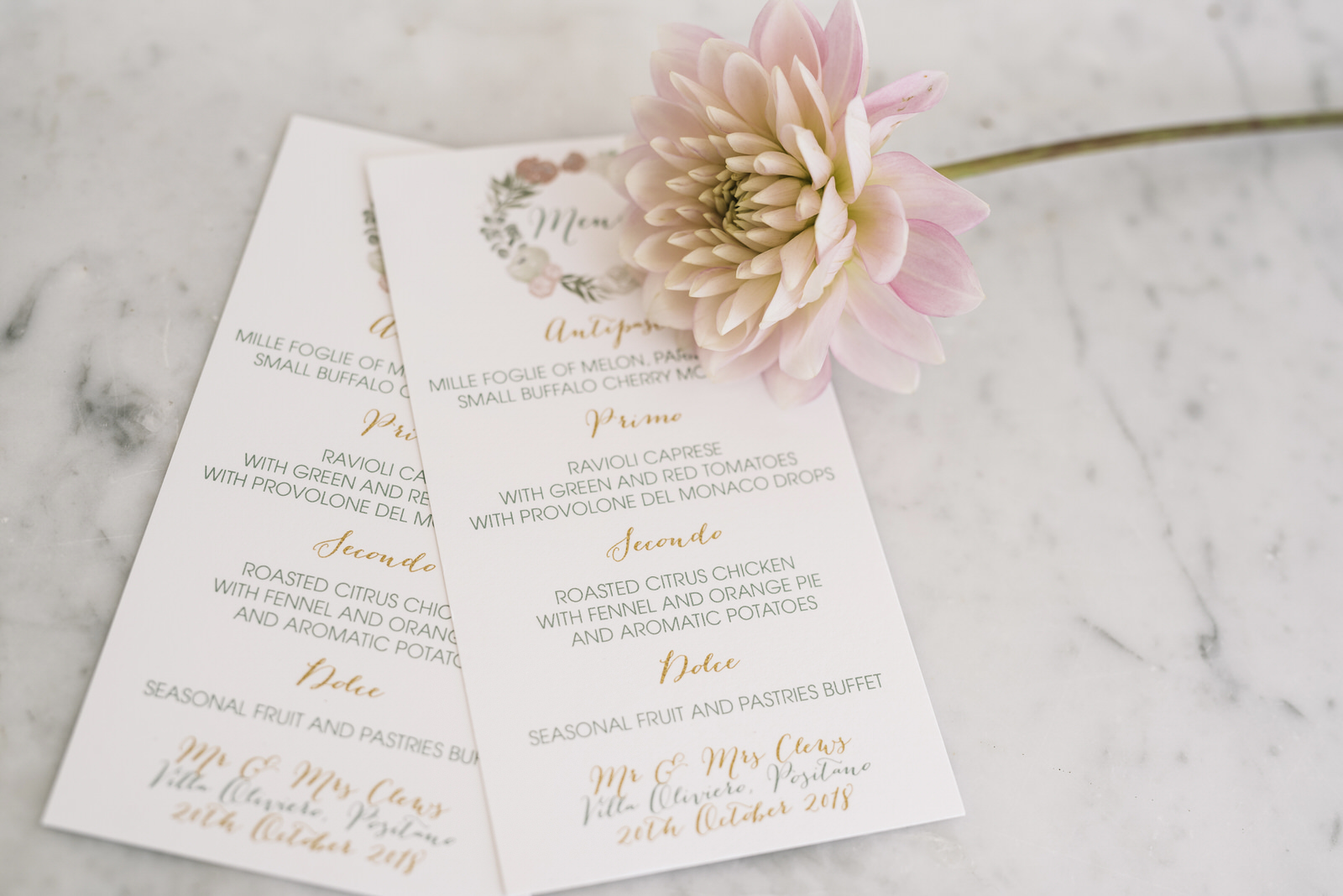 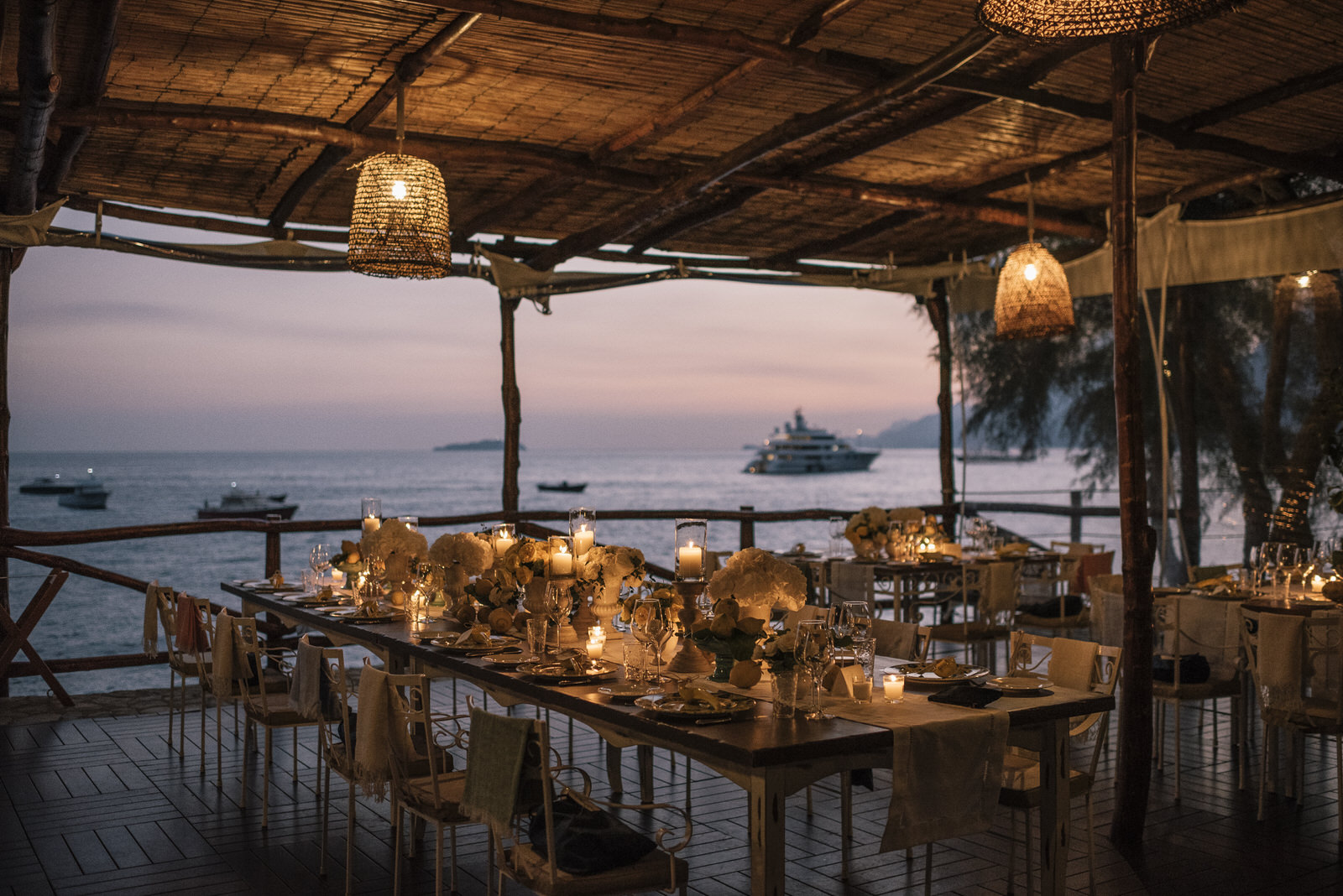