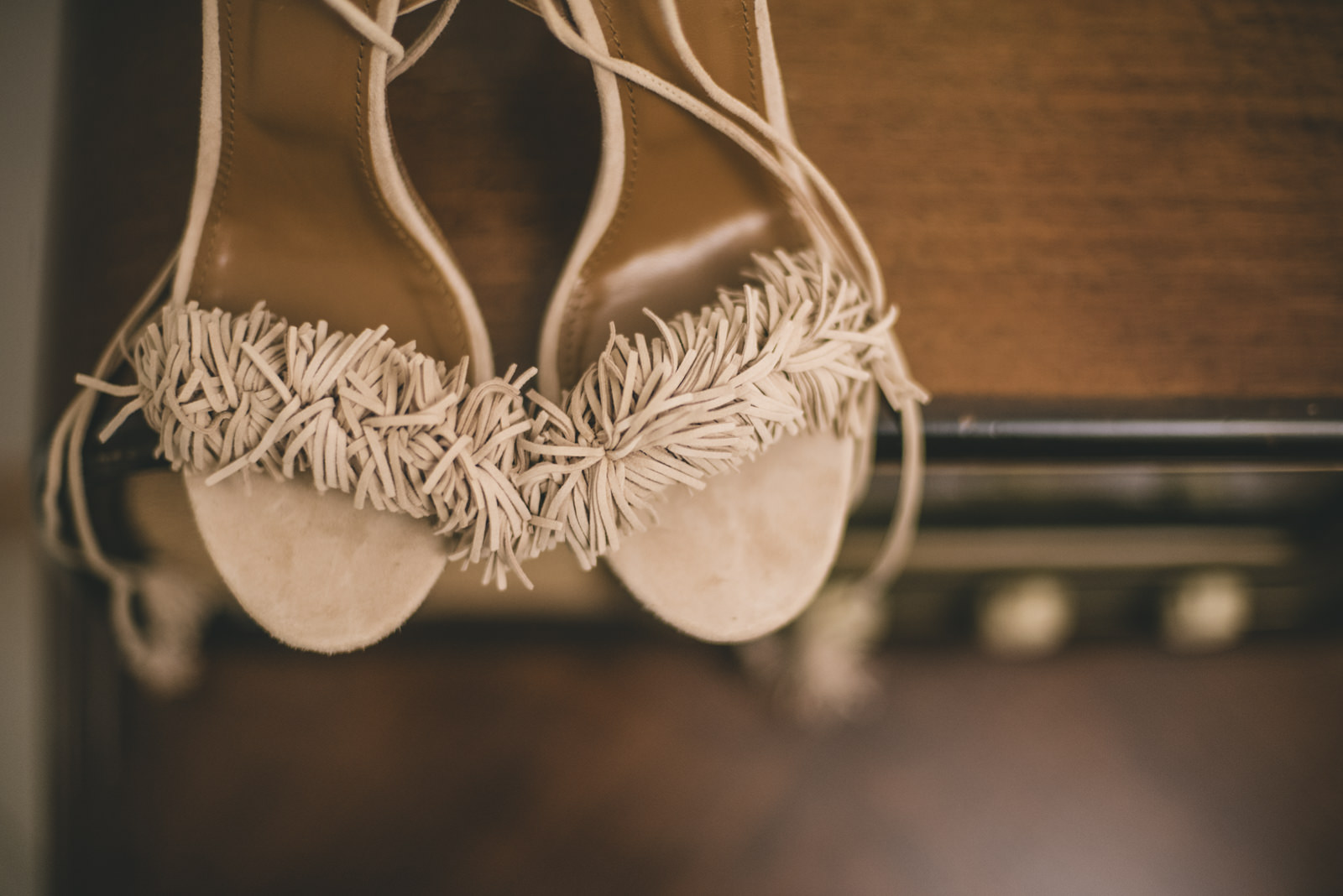 This wedding was very much a uniting of different cultures- Sara is the youngest of three from a Macedonian/Maltese backgound while Joshua is Australian! They told us that for them it was not love at first sight.They first met 7 years ago but it took three more years before they found each other after a drink together in Las Vegas, not the most romantic of locations bui it obviously was very special for them. It was back in Australia where the relationship really developed, but was Italy where Joshua proposed. An event that took place at the Santa Caterina Hotel in Amalfi. Alovation very dear to the pair of them…..

So it was at the Santa Caterina that we met the couple for the first time in their room where they were preparing themselves to make the final pledge to each other. In Italian we say “Lo voglio”. This very intimate ceremony took place in the hotel gardens overlooking the Amalfi Coast. After the ceremony we spent a couple of pleasant but very productive hours getting shots of the couple in Amalfi and then in the villages of Atrani and Scala, capturing the romance of the surrounding mountains. As we moved round we were able to share jokes and pleasantries with the local people and even encountered a shepherd with her goats!

This magnificent day ended with a romantic and intimate dinner at a table on the rocks of the Torre Normana, one of the most famous restaurants on the Amalfi Coast. 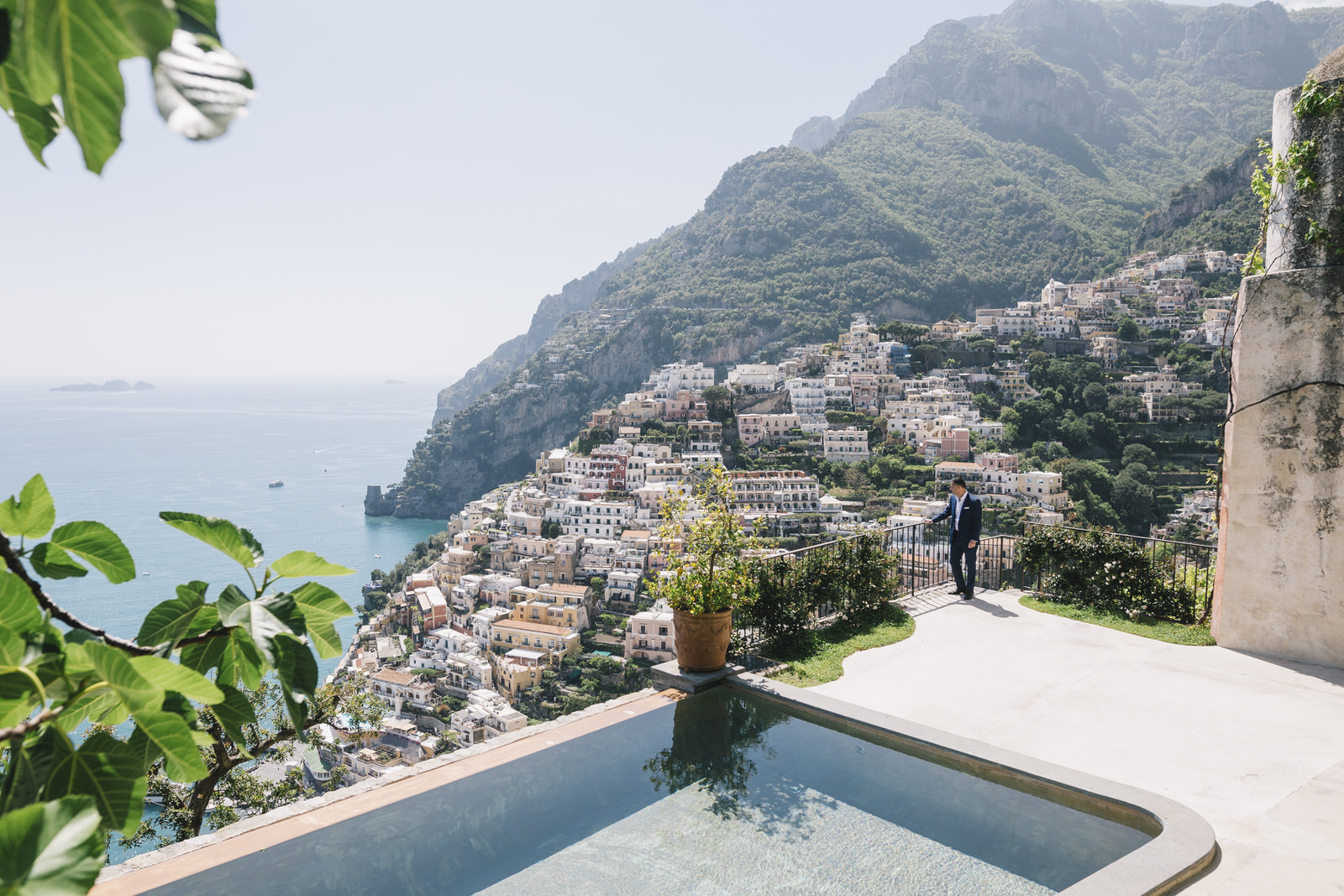 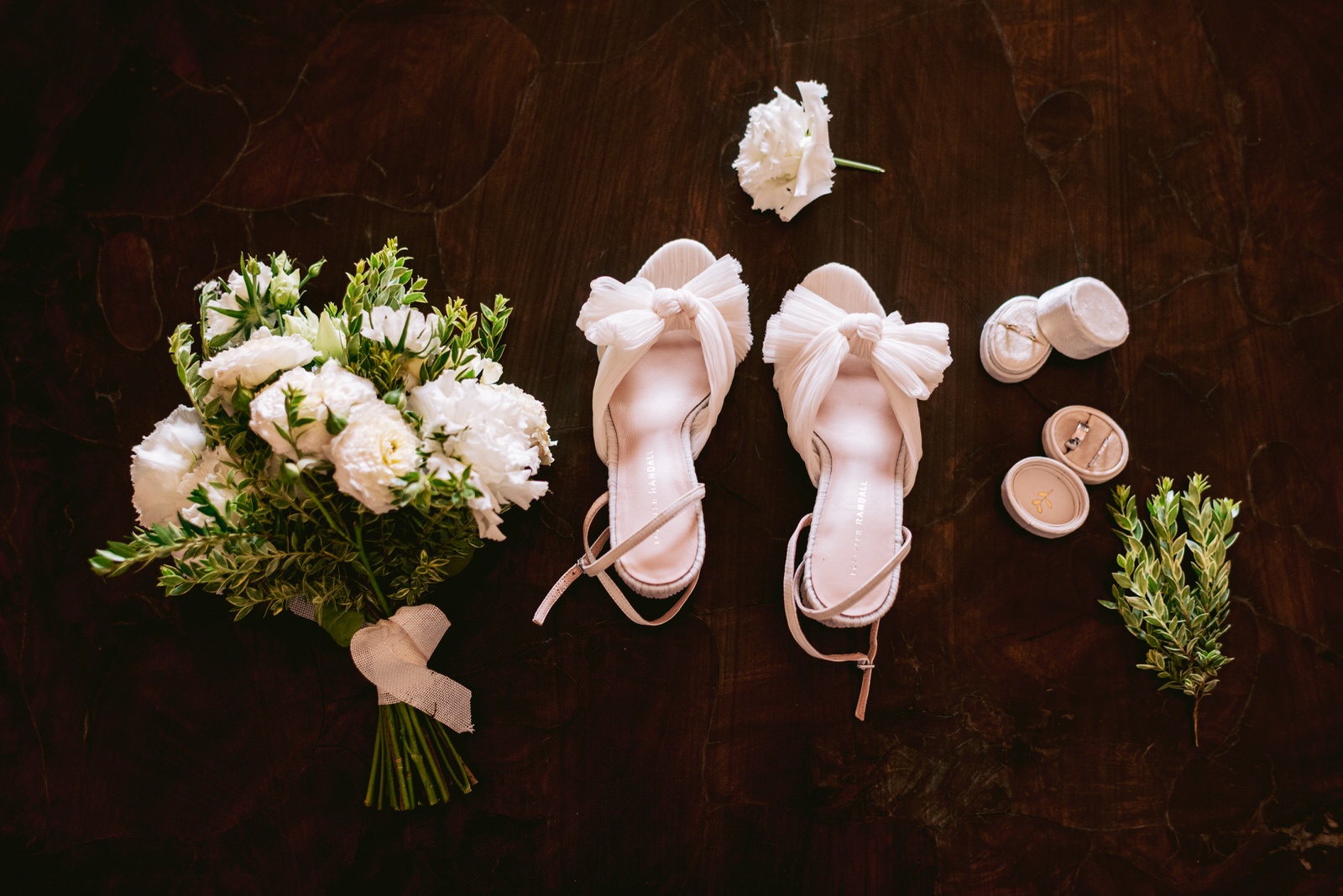 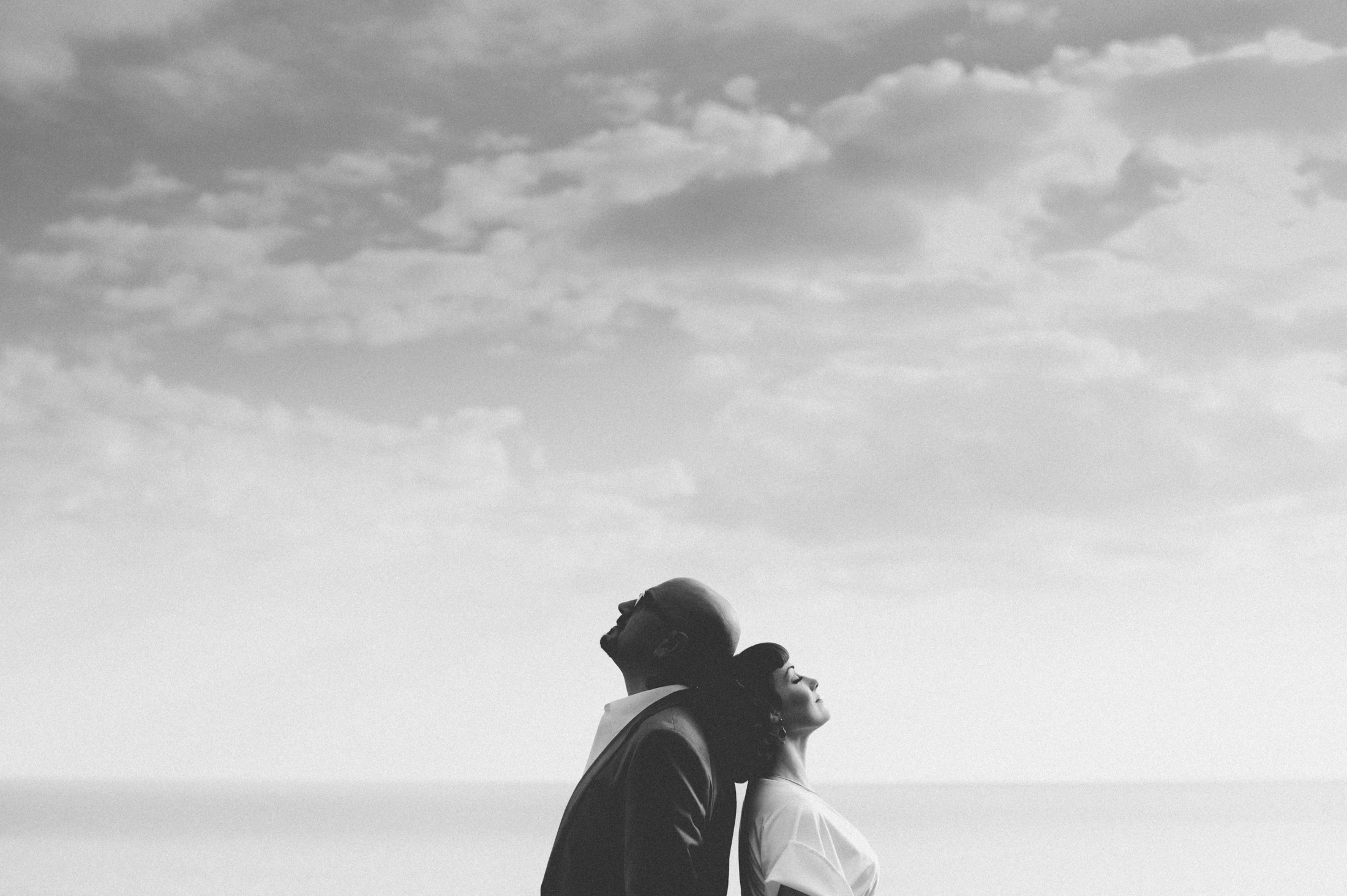