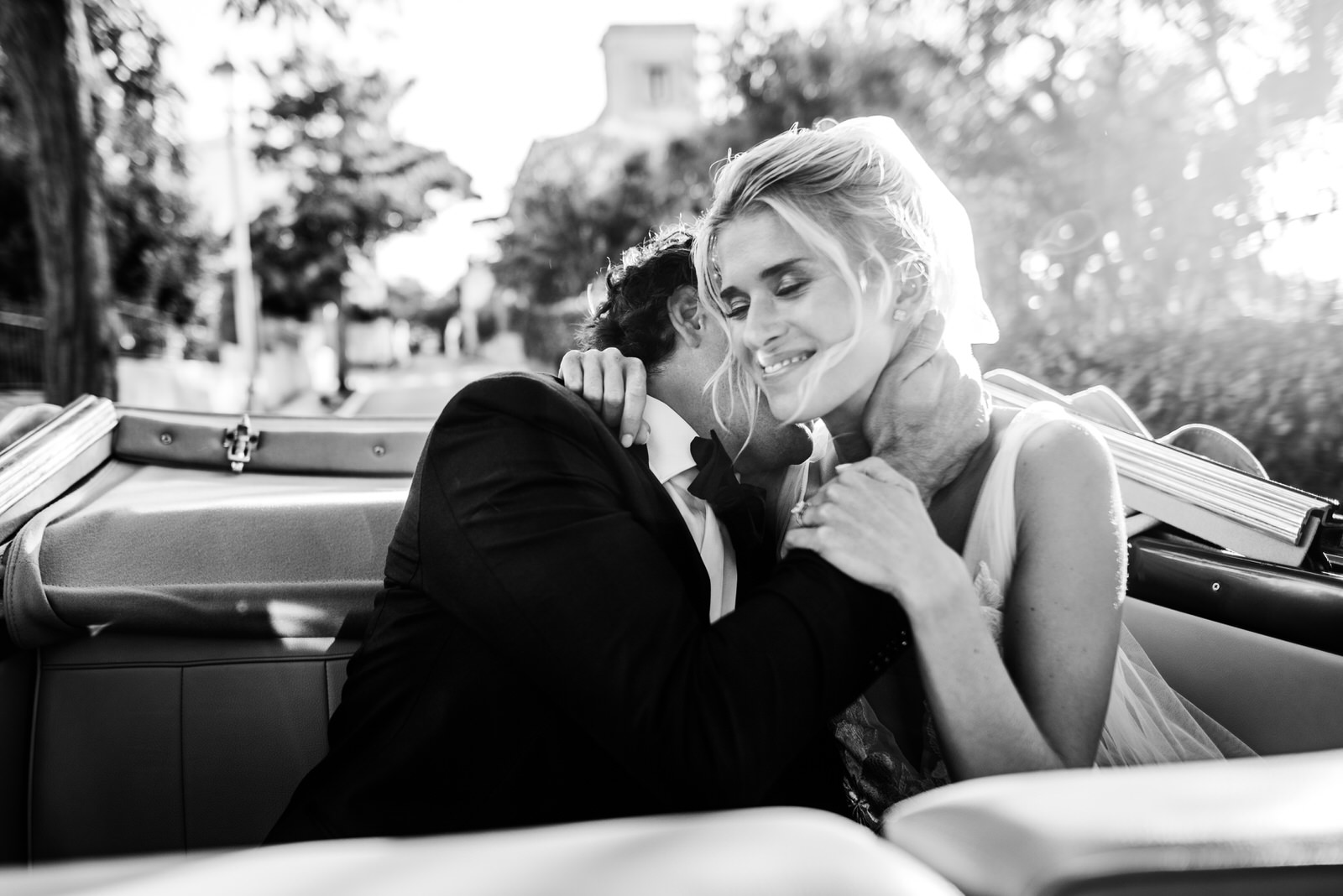 Capri’s inimitable Italian glamour has been keeping Hollywood in thrall for decades. The precipitous retreat off the west end of the Sorrentine peninsula has been a favored good-life hub ever since Roman times. It was, after all, the home of Emperor Tiberius. With barely an untended garden the splendor of steep cliffs rises majestically from the impossibly blue sea as filigrees of wisteria and bougainvillea drip on the sides of elegant villas.

Could you ever blame my bride Caroline for thinking Capri should be the place to tie the knot with the man of her life, Tal? The two met in London and after 6 months of pursuit (well, according to my groom at least), Caroline said yes to the date ! 4 years, a move to L.A.and a lot of globetrotting forward, with Caroline’s family having inherited Torre Della Guardia and Villa Discopoli in Capri from Axel Munthe, her parents having had honeymooned in this destination’s poetic glory, and Tal’s mother’s Italian origins adding to the myth, the beautiful couple seduced their loved ones with a sublime getaway at the Capri Palace and Forever Love was the reason. With its exclusive setting on one of Italy’s most glamorous islands, a Michelin-starred restaurant, a breezy beach club and a curated array of art, it’s not hard to see what they were charmed by.  The couple’s preparations began at J.K. Place. ensconced in the beauty of Michele Bonan’s incredible interior design and its elegant Slim Aaron-esque pool. Carolina and Tal’s first look portraits overlooking the Gulf of Naples, flanked by olives, lemon trees and the picturesque, whitewashed villa on the backdrop had me feel as if these two had jumped straight out of a Fellini movie.

Following the touching Erusin ceremony and Mazeltov at the Capri Palace, we rode a vintage tomato-red open-top FIat 1400 limousine to Marina Grande. Capri’s hedonistic charms grabbed hold of us as soon as we climbed away enjoying the warm wind in our hair as the switchback road revealed ever more dramatic glimpses of wild limestone crags plunging into a deep blue sea. There, my newlyweds’ Riva boat awaited to take them on an unforgettable sail around the island. It was romance, ocean spray and the endless azure for Carolina and Tal and then a dock on Il Riccio‘s dock, as the cocktail party had already started. Making the most of its position,  light and airy, with an open terrace overlooking the water –Il Riccio oozed Italian sophistication, the vivid blue, and white decor, with patterned tiling and colorful ornaments, adding a more casual feel and echoed the beach below. Much like before Capri Moments had waived their wand over every preparation and elegant decor. White blooms, chic seating charts, sweet glows of candles and Il Riccio’s iconic tableware teeming with Michelin-starred Salvatore Elefante’s delicious food ever so loved by Steve Coogan and Rob Brydon during their Trip to Italy. There was a sense of peace and joy that night, the dances, the laughs, the magical ambiance, the heartwarming speeches, and allow this gourmand soul to recall… the delicate cream-filled Cannoli, and the local Torta Caprese … As Graham Greene would say “a sense of magic that I have never found anywhere else in the world”. 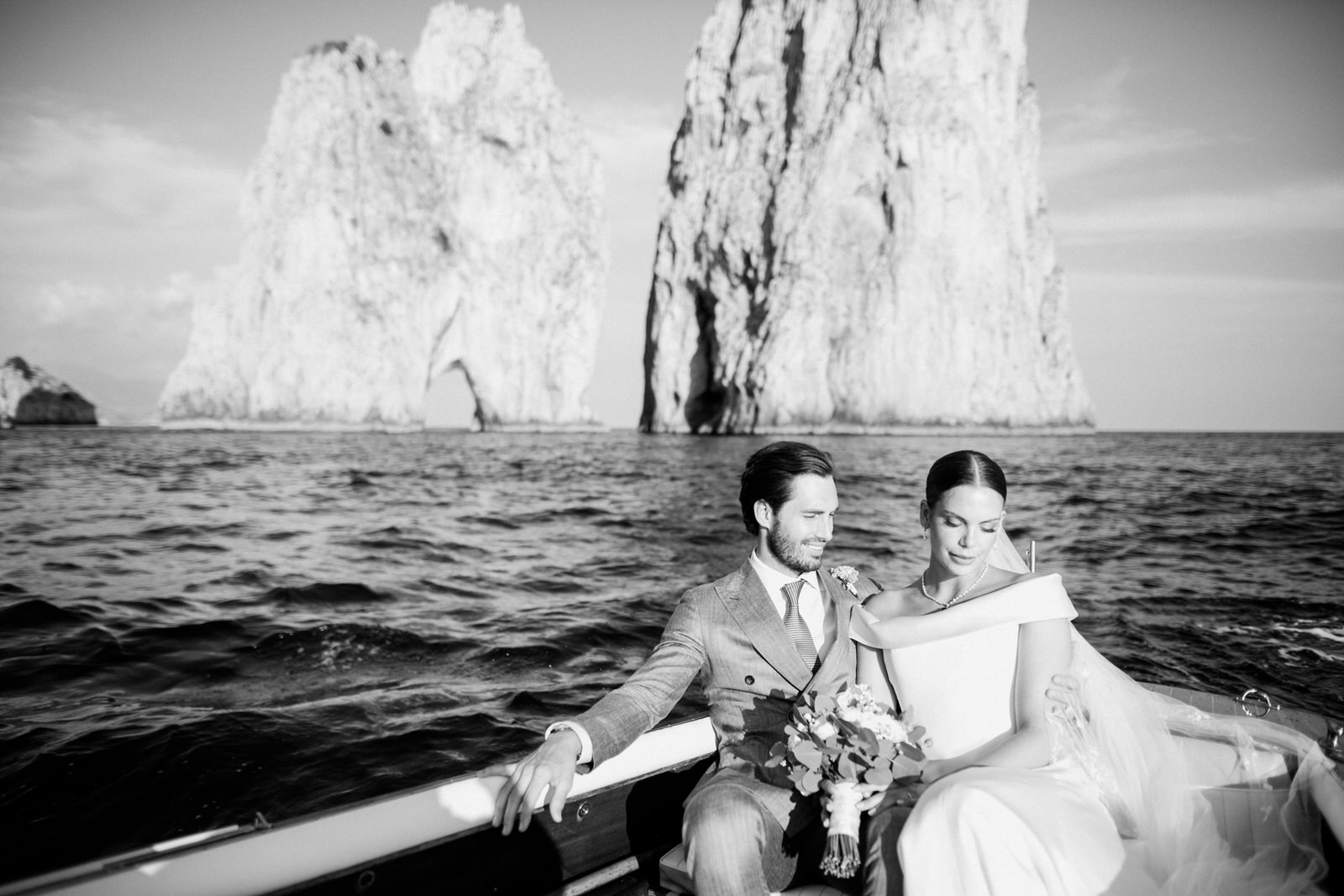 A sunshine-filled celebration in Capri for Karolina and Sam 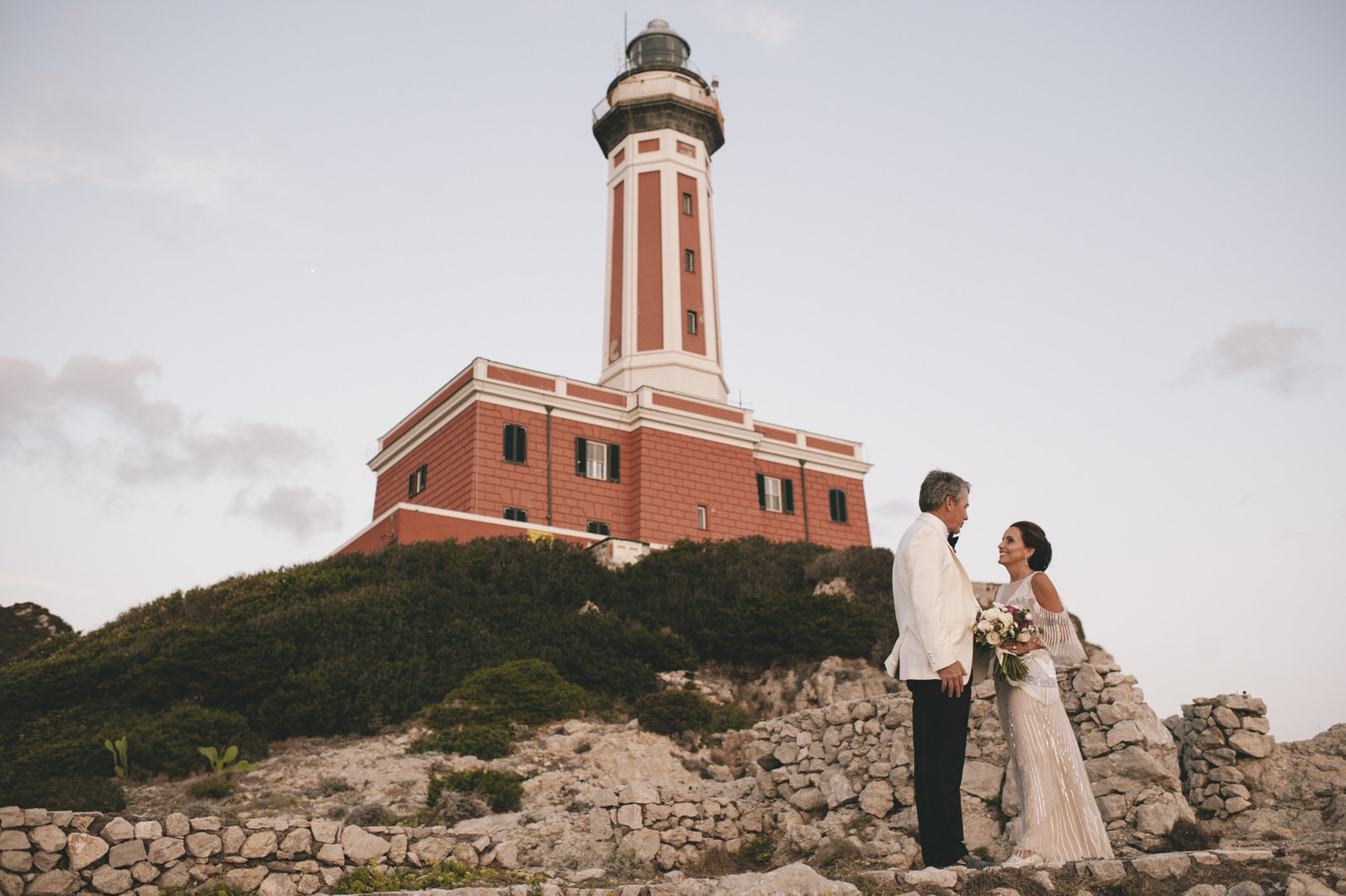 Dreaming to elope in Italy? Be inspired by Kelly & Jim romantic elopement in Capri 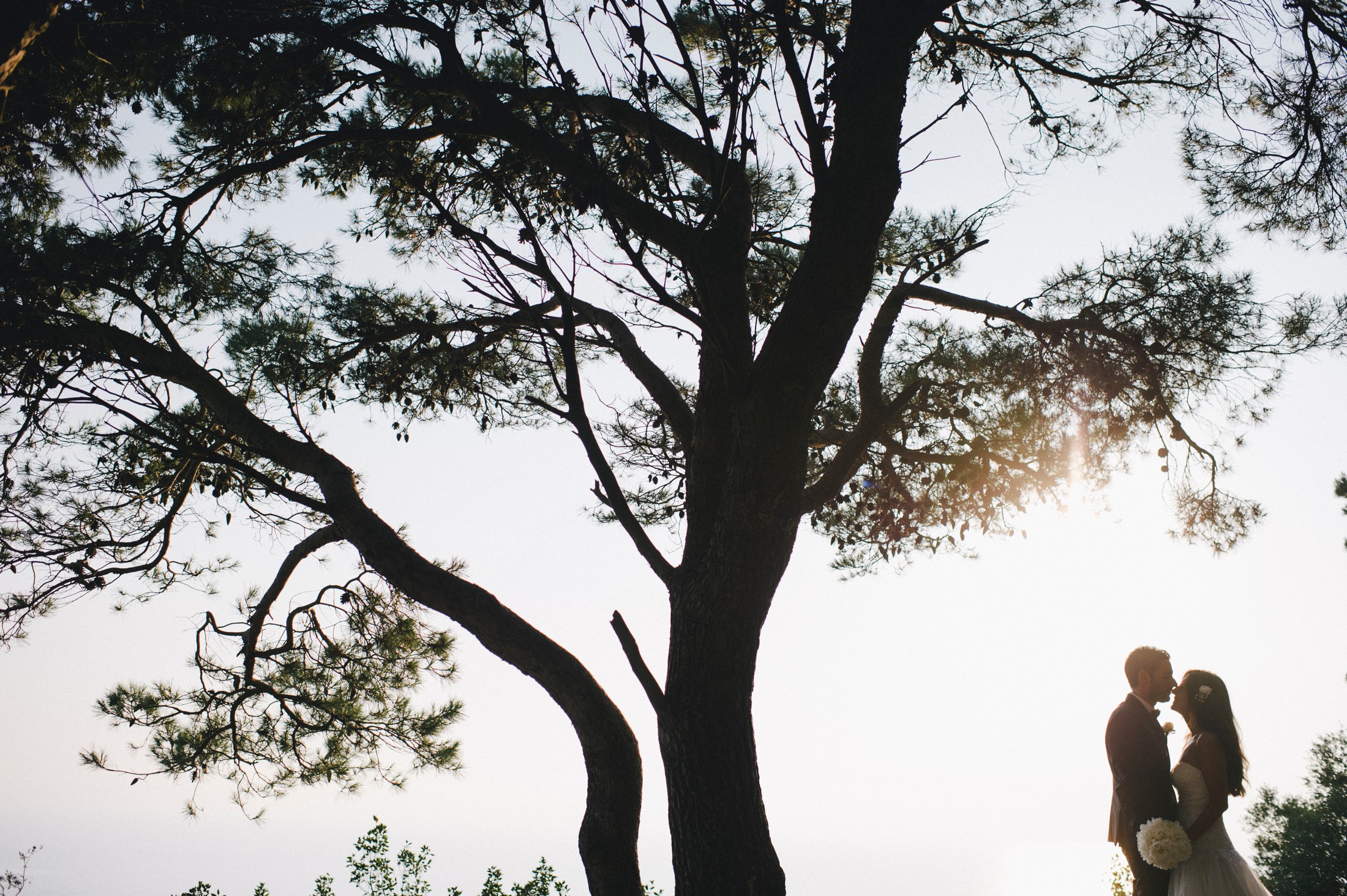