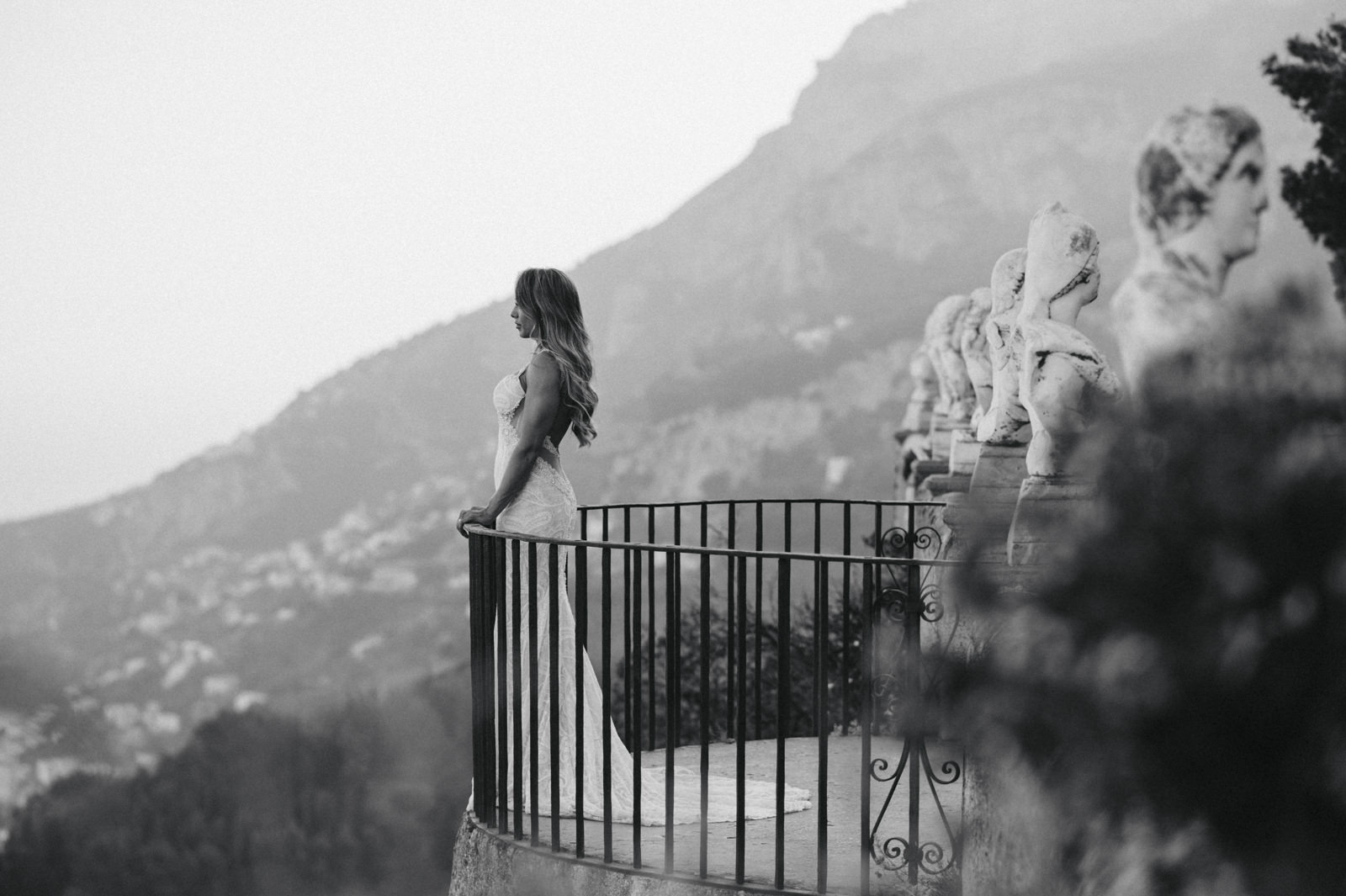 It is a particular pleasure to photograph young couples with an enthusiasm and zest for life. It gives the photographer a really positive feeling, allowing one to go about their tasks with a smile on one’s face.

Our couple, Danielle and Michael reached Italy from England and chose one of the most spectacular and impressive venues for their wedding- the Villa Cimbrone here in Ravello.

The wedding itself took place in the Santa Maria di Gradillo a church built during the 11th century where Byzantine and Arab styles are in evidence. The church has historic links with events in medieval times when the investiture of the Duke of Amalfi took place whose responsibility was the governance of the Maritime Republic of Amalfi. It was in this chuch where the parliament of the time met.

In the 18th century there was some refurbishment in a Baroque style but this was later removed and it was returned to its former splendor.The interior of the chuch is enhanced by a beautiful mosaic floor which is now carefully protected by glass panels.

After some refreshment in the nearby main square, the wedding party walked up to the historic and very beautiful Villa Cimbrone. The group went through the gardens to one of the most spectacular terraces on the Amalfi Coast- the “Terraza Infinito” which overlooks the sea and has views of the towns spread out along the coast with their white houses built into the vertiginious mountain sides.

After enjoying the sunset the party went to the inaptly named “Crypt” for dinner, followed by dancing by everybody young and old. 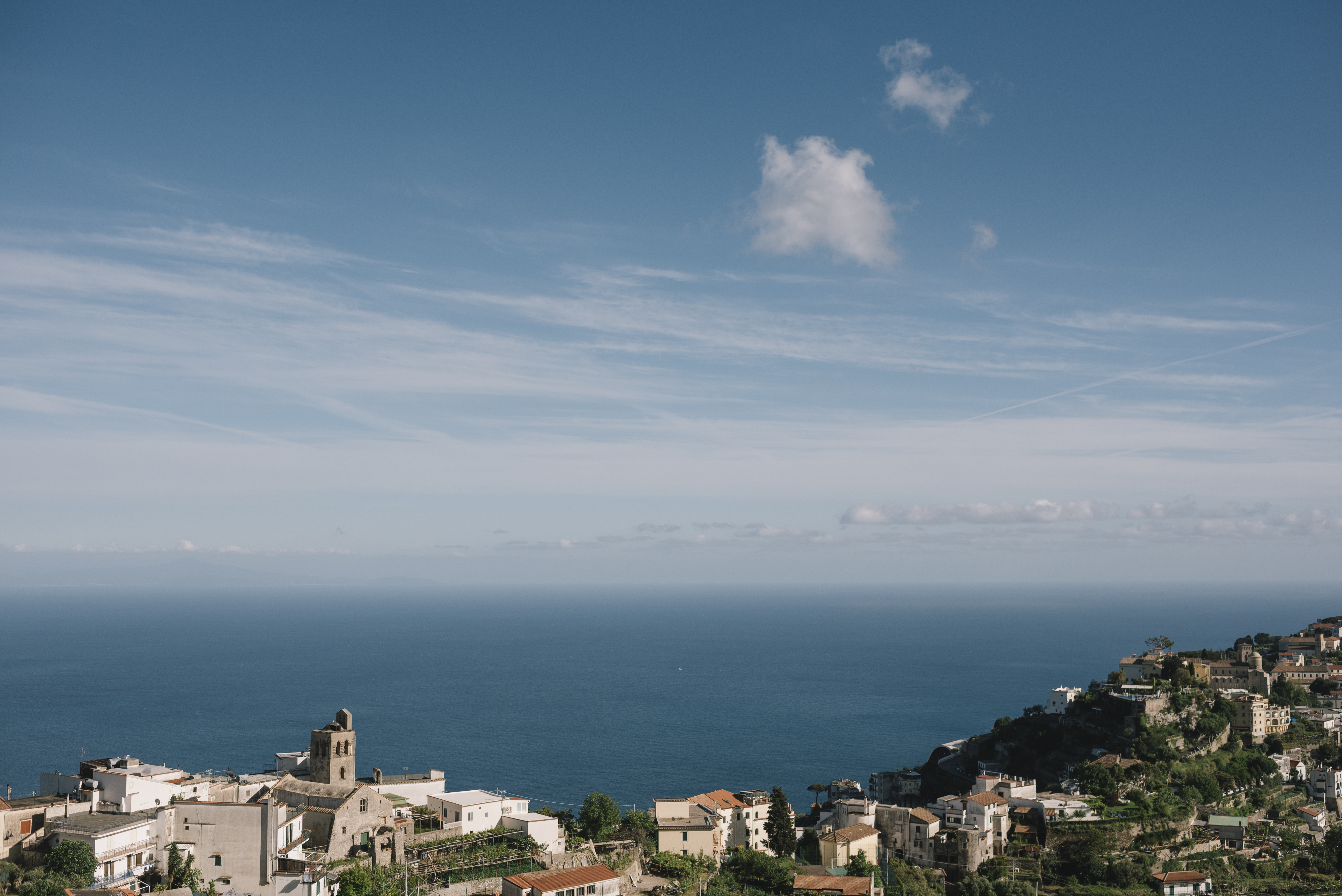 Where to get married in Ravello: Villa Cimbrone 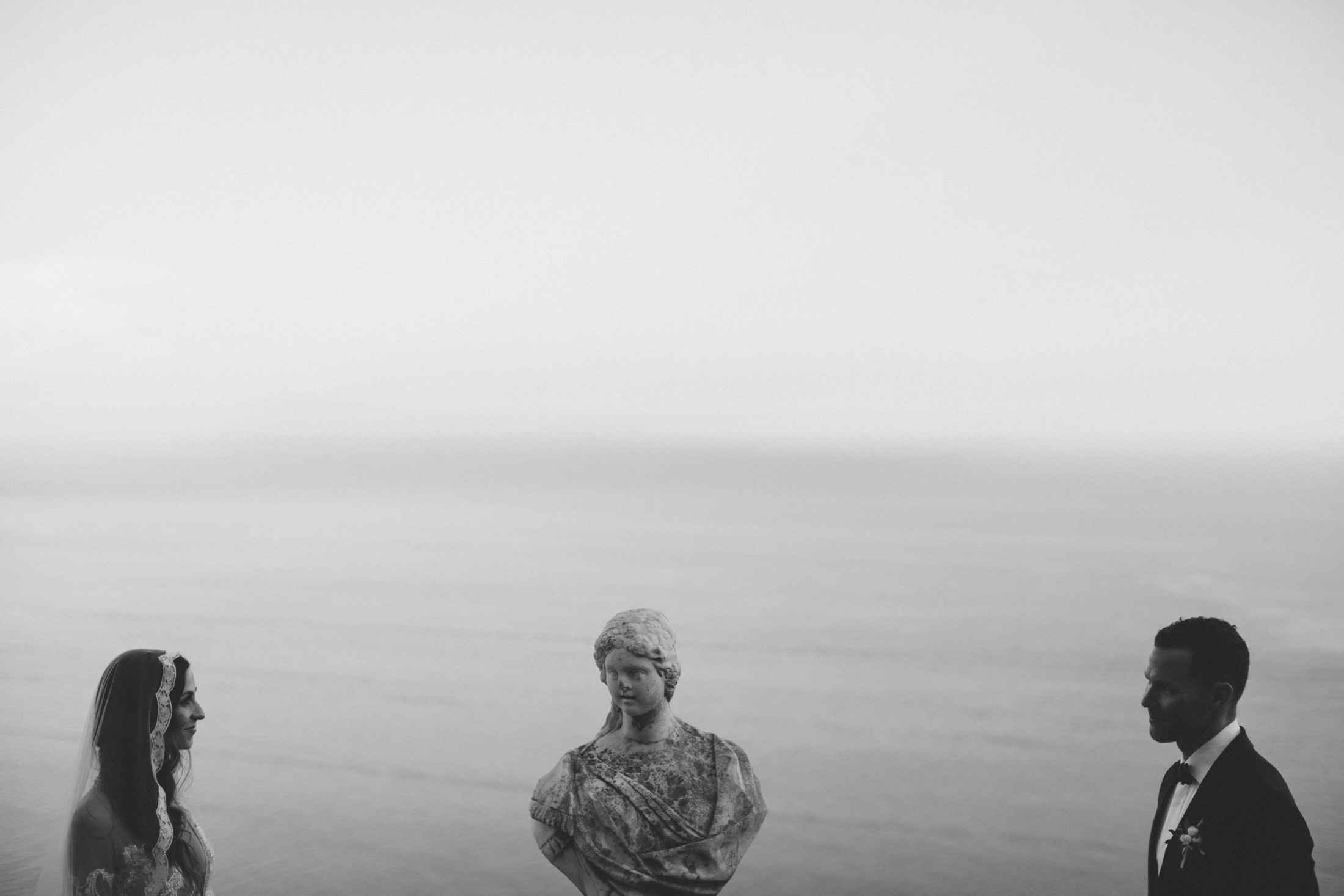 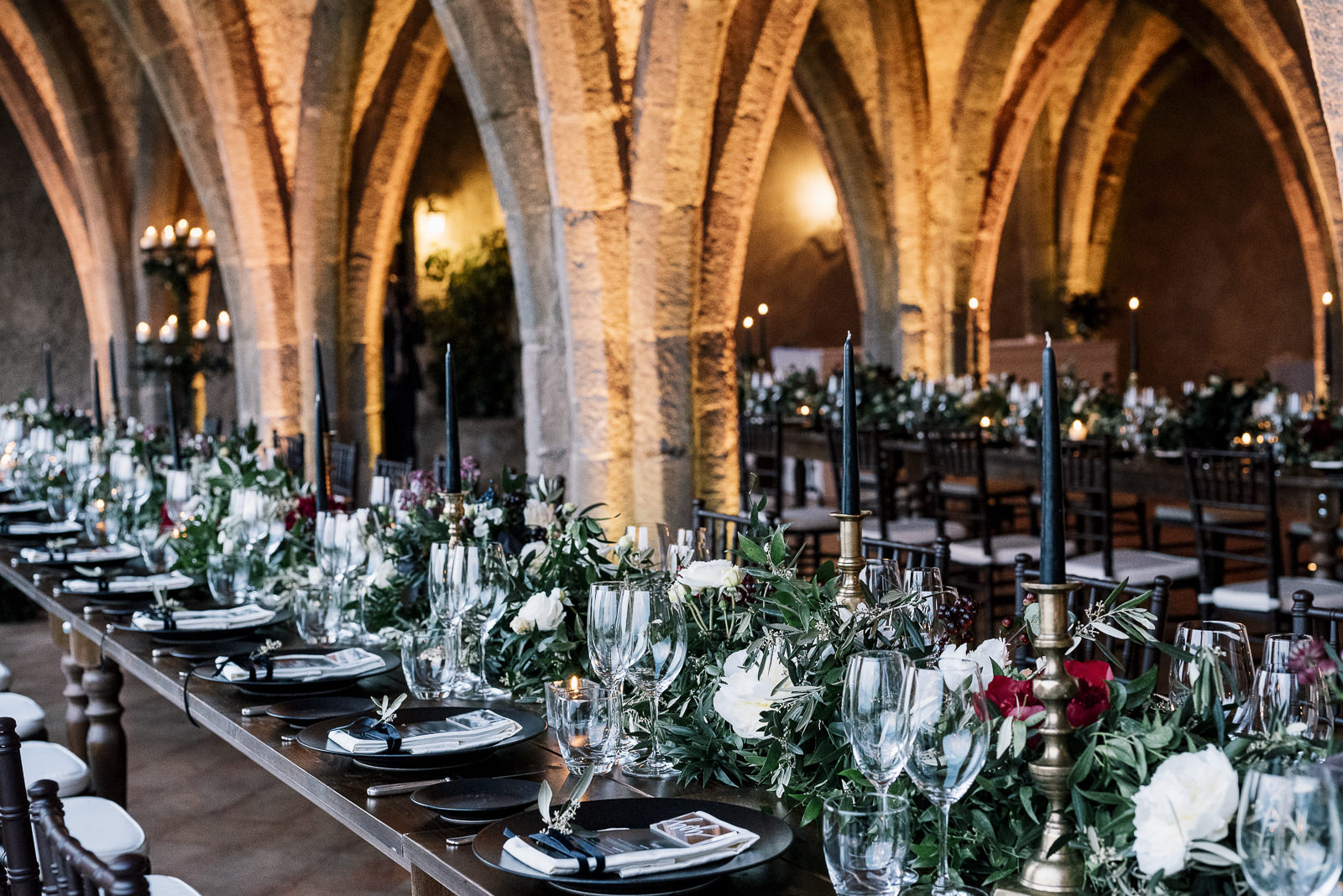 A triumph of dark tones for this wedding at Villa Cimbrone, Kate & Brian